The TPA-1 is a digital emulation of a class AB tube power amplifier for guitar.

It has been designed and developed to be paired with any guitar preamp (VST/AU or even hardware).

Its circuit is not based on any particular physical power amplifier, but it has been designed to have enough versatility to range from vintage to modern tones, letting the user be free to shape its dynamic behaviour with ease, without the need to be a tube amplifier tech.

Every single component on the signal path of the analog circuit has been taken into account and modeled in the best possible way to match the original sound as it was meant to be, while keeping an eye on CPU performances and real-time playability at the same time.

The TPA-1 is meant to be used as a guitar tube power amplifier simulator for live playing and jamming, tracking or mixing inside hosts capable of VST or AU Plug-Ins support.

The ToneDeluxe is designed as a full analog tube amplifier from preamp stage to cabinet. Based on ECC83 and EL34 tubes, its analog time model design allows to reduce the delay of the signal processing and thus give a “pleasure of playing” for guitarists. It offers two independent channels : clean and high gain. The high gain chanel is versatile thanks to the DriveTone setting that cut/boost high frequency before the tone stack.

New version 1.0.2 (solve crash or no sound issue for framelength of 64 samples)

The Anvil is a digital emulation of a three channels tube preamplifier for guitar. It has been developed to accurately model its real hardware counterpart, designed by Andy Zeugs.

The Anvil has three completely independent channels, with different signal paths and separate tonestack controls, to maximize its versatility:

Every single component in the signal path of the real analog circuit has been taken into account and modeled in the best possible way to match the original sound, keeping an eye on CPU performance and real-time playability at the same time.

The Anvil is meant to be used as a guitar preamplifier for live playing and jamming, tracking or mixing inside hosts capable of VST, VST3 or AU plug-ins support. T-RackS CS is a free multi fx and overdrive and saturation and bit crusher and crunch and panner and pitch shifter and phaser and flanger and eq and compressor and limiter and amp simulator and filter VST, Audio Unit, RTAS, AAX plugin developed by IK Multimedia. Compatible OS(s): Windows 64b, macOS.

Close your eyes and picture a store full of cool, powerful processing gear including compressors, limiters, reverbs, de-essers, multiband processors, and a shelf full of vintage, legendary gear emulations. In short, a dream store for recording musicians, engineers and producers.

It is not just a fantasy. This store is real and it’s available to you 24/7. In the T-RackS 5 Custom Shop you can browse a huge collection of IK’s high-quality processing plug-ins for mixing and mastering and purchase only the ones you want, when you want them. And the best part is, you can get started for free.

* Features available by upgrading to T-RackS 5, T-RackS 5 Deluxe or T-RackS 5 MAX. T-RackS 5 CS supports projects up to 48kHz and features basic metering functions. Presets require specific modules which might not be part of this version of T-RackS 5. You can however download any processor for free and test them for 14 days before purchase. 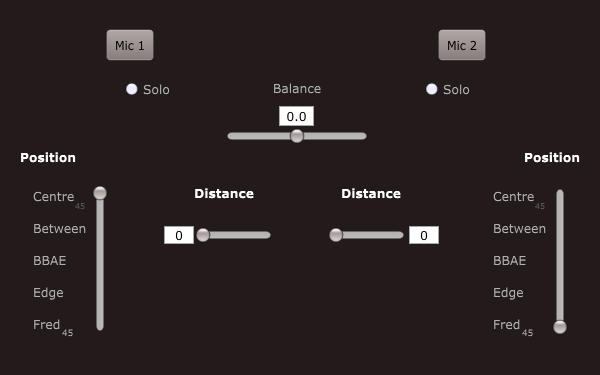 SoftDrive GV is a virtual-analog model of the Marshall “Guv’nor” and “Guv’nor GV-2 Plus” guitar distortion effects. The Guv’nor is a solid-state distortion pedal first issued in 1989 to recreate the sound of a cranked up Marshall stack in a small stomp-box format. It became rather popular in the 90’s and is still used widely nowadays for its quality high-gain sound and a its tonal versatility. It was re-issued in the early 2000 in an updated housing and incorporating a new “Deep” control to mimic the effect of a JCM2000’s “Deep” switch.

This VST model is a tribute to the original effect and models the circuits of both the “vanilla” Guv’nor and its modern GV-2 variant.

SoftDrive GV expands on the original design and brings in new possibilities unthinkable of outside of the digital realm. In the spirit of my prior creations, this plug-in also features a few things to visualize what’s going on inside the box.

The effect’s controls are broken down into 4 sections:

The plug-in UI has 2 areas that visualize the model:

1. Overdrive Stages – features an icon for each stage where saturation occurs:

– Tell your friends about my site and my plug-ins
– Send me audio samples you’ve made with my plug-ins
– Drop me a line or two with any comments and suggestions
– Make a small donation through my web site.

This software is licensed for an unlimited usage by everyone, including personal, commercial and scientific applications. You are NOT allowed to modify it (including both the binary code and the copyright information) or sell it, in either stand-alone or bundled form. The plug-in is provided “as is” without a warranty of any kind. In no event I shall be liable for any damage associated with the usage of this software. I encourage further distribution by sharing a link to the effect web page.

Please send your questions and suggestions to my e-mail or post them on the site.

AXP is not affilated with or endorsed by Marshall Amplification.